This is one in a series of weekly blog posts in which I show how a journal article or book has inspired me to improve my teaching practice. Each post ends with a practical resource or activity. Today I show how an article by teacher-researcher Smith (2014) and a chapter in a book by intellectual historian Skinner (2002) inspired me to try and improve my Year 10 students’ sense of period. 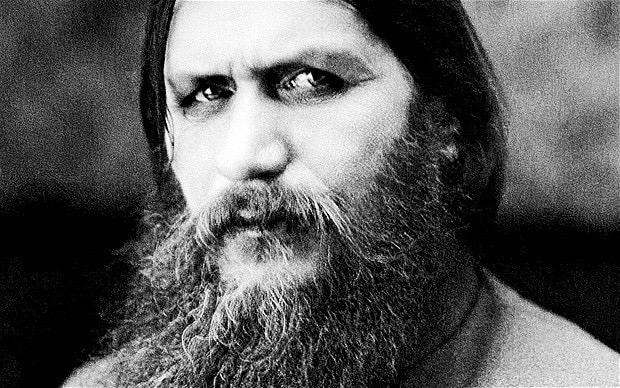 ‘It’ll look weird to them, though.’

The members of our history department were drinking cappuchinos after hours. It was the result of one of those rare reckless decisions that saw us abandon the marking and the planning and the permission slips and the emails about lost Art folders and head Outside. This annual event makes me feel rather jaunty and carefree, before I head back Inside and bury myself in exercise books and filter coffee.

During this daredevil outing, we found ourselves discussing why Rasputin has our Year 10 students exploding into fits of hysterical laughter. He seems to very quickly take on the role of class clown. When discussing Rasputin, it is often difficult to stay on the right side of mysterious; it is all too easy to descend into the ludicrous and the laughable. So much so that it prompted Harry, a truculent boy who I sat carefully at the back of class 10D, to say that the Tsar and his family ‘were pretty stupid to listen to him, Miss.’

Returning to the history office with the remnants of my cappuchino, I was left with the (now rather familiar) sinking feeling that something had gone wrong with my teaching for Harry to think this way. Rasputin may appear outrageous or even risible now, yet he certainly was not the Tsar’s clown. What was missing, I reflected, was a sense of period and a sense of person. Had Harry known more about Russian society, religion and culture, and had he spent more time reflecting on the Tsar’s love of family, he may have realised that the Tsar’s acceptance of Rasputin – especially when considering the holy man’s apparent ability to help improve the symptoms of Alexei’s haemophilia – was a rational decision.

I use the word ‘rational’ deliberately. I have borrowed it from intellectual historian Quentin Skinner, who contends that it is more constructive to attempt to identify rational reasons for beliefs held by people in the past than to treat the belief as either deficit or aberration. Skinner argues that identifying ‘social functions or psychological pressures’ is much more illuminating than casting off people’s beliefs in the past as ‘mistaken’:

‘we should recover the concepts that [past thinkers] possessed, the distinctions they drew, the chains of reasoning they followed’

This is not a misguided Von Rankean ‘getting inside the heads of long dead thinkers’. It is a process of reconstructing a chain of reasoning by using knowledge of period context. Skinner explores the theme of recreating intellectual contexts in Chapter 3 of his book Visions of Politics. This isn’t a book to read whilst keeping half an eye on the tele, or the children, or RightMove, but it was a revelation to me at the age of 26. I recommend it wholeheartedly to anyone who does not have to spend hours every evening wrestling small humans into pairs of pyjamas, for example, or marathon training, or writing unnecessary blog posts.

It isn’t just Skinner who has written about the importance of recreating intellectual contexts in order to avoid presentism. Wineburg, writing from an American educational psychology context, likewise stresses the importance of making an attempt to understand, and move beyond, the apparent ‘strangeness’ of belief and action in the past. He warns that distorting the past to fit predetermined meanings risks ‘cliche and caricature’. Such distortion, however, is often the path of least resistance for students: making an effort to understand intention and motivation within a past context requires cognitive effort.

British educators Lee and Shemilt suggest that this ‘unnatural’ process of  reconstructing people’s reasons for doing things involves an element of empathy:

Empathetic explanation entails the elucidation of connections between goals, beliefs and values so that we can see how a course of action or a social practice was ‘reasonable’ in its own terms even when judged unreasonable in ours.  This does not mean that every past action or belief, institution or convention was rational in the sense of being logical, or conforming with whatever evidence was available at the time, or being the most efficient of available means to expressed ends or even contributing to the health, wealth and happiness of people at the time.  It does, however, mean that many beliefs and practices adjudged irrational or foolish today would have been deemed reasonable, sensible and perhaps even necessary by people for whom the ways of the tribe, the words of ancestors or the dogma of the Church set the criteria against which the rightness of actions and reasonableness of  beliefs were determined.

In a recent presentation that dwelt briefly on the subject of historical empathy, I presented Lee and Shemilt’s argument as follows: How might I help Harry to see the reasonableness of the Tsar’s acceptance of Rasputin? Lee and Shemilt suggest that ‘it is necessary to reconstruct [past] culture, belief systems and even common-sense, as well as situations.’ At the highest level, they would like students to ‘demonstrate awareness of connections between perspectives and material conditions of life, between material and symbolic cultures.’

This brings us back to ‘sense of period’. Call it mentalities, call it intellectual contexts, call it belief systems – whatever you call it, there wasn’t enough of it for Harry to understand that the Tsar’s sufferance of Rasputin was reasonable.

How to rectify this situation? History teacher Dan Smith has a few ideas, based on an investigation into helping Year 7 pupils to build a better sense of what it was like to live in fourteenth-century England, which he embarked upon in his PGCE year. Smith draws upon the work of teacher-researchers who have argued that ‘far from promoting ahistorical thinking, pupils’ historical reasoning can be developed when careful consideration is given to the attitudes, assumptions and values of those living in the past’.

Smith wanted his Year 7 pupils to ‘appreciate the ‘strangeness’ of the fourteenth century in its own terms, to attempt to ‘live inside’ it.’ Smith decided to use extracts from a book by historian John Hatcher called The Black Death: the intimate story of a village in crisis, 1345-1350, to develop his pupils’ sense of period. He found that, although focussing on developing a ‘sense of period’ was not a sufficiently strong conceptual focus for an enquiry on its own, his Year 7 pupils had a more secure grasp of period attitudes and values after reading extracts from Hatcher’s account.

Inspired by Smith’s article, I searched for some scholarship to help me to improve my Year 10 pupils’ grasp of the socio-cultural context in which Rasputin and the Tsar lived. I did not have to look far. The opening of A People’s Tragedy – the seminal narrative account of the Russian Revolution written by Figes – quickly recommended itself. Indeed, very recently Carolyn Massey built an enquiry around the work of Figes to improve her post-16 students’ understanding of the demands of academic writing.

In its snapshot of Russia in the year 1913, A People’s Tragedy introduces the reader to high priests, to incense, to bromeliads and palms, to rituals, to ‘a forest of crosses and icons’, to bejewelled mitres and to religious exhalation. I decided that this account provided an excellent opportunity to familiarise Harry and his peers with the importance of religion and the regard for the Startsy in early twentieth-century Russian society.

In the activity that I designed around Figes’ account I asked pupils to connect parts of the extract to information that the extract provides about Russian society, culture and religion. You can find the activity here: Figes Sense of Period Year 10 ALL.

I realise that one activity and one extract does not a ‘sense of period’ make. Yet it is a start. I am time-poor when it comes to GCSE and I do not have room in my scheme of work to delve more deeply into intellectual contexts. I am convinced that it is a positive start, however. In discussing what a bromeliad is and what incense smells like (perhaps have one burning in the classroom if you can borrow the Science safety goggles?) , Harry can take one step back from Rasputin’s jester’s cap, and one step towards seeing the smoke, the mirrors, the mystery and the medical magic that perhaps the Tsar saw, too.

Download the Figes activity: Figes Sense of Period Year 10 ALL

For the Figes activity with added extension: Figes Sense of Period Year 10 CHALLENGE